Even though Cuba is 2,243 miles from Phoenix, Manuel Cias-Hernandez has kept the island close to his heart. “Cuba is a beautiful country. It’s surrounded by water with great beaches. It has wonderful food. I wanted to bring a piece of the island with me here. That’s why I opened Cuban Foods Bakery and Restaurant,” said Cias-Hernandez.

HFNTV paid Cuban Foods Bakery and Restaurant a visit in the middle of August during an Arizona heatwave. But even temperatures around 110 degrees didn’t stop dozens of customers from streaming in all day. “We love it here. This is comida typica (Authentic Cuisine). It’s just like the Island,” said Juan Ramirez.

Ramirez is a Cuban transplant from Orlando, Florida comes to the restaurant because it’s the only place he can get Cuban-style steak, white rice and black beans. “Besides the great food, Manuel and Ana are great people. We come for the great food but it’s a great experience also,” said Ramirez. When Manuel Cias-Hernandez reflects on how far he’s come 12 years after leaving Cuba it’s easy to see why he always has a smile on his face. “We came here more than 12 years ago as political refugees. We decided to stay in Arizona because we could find work easy here. We got here on November 3, 2005. The temperature was 110. It was something new at the time,” said Cias-Hernandez.

At 28 years old Manuel Cias-Hernandez and his wife Ana were political refugees. The pair had a young son, 100 dollars in their pocket and head full of dreams they wanted to make come true. “The beginning it was hard because this is a capitalist country, obviously it’s a lot different mindset. But I just love this country. It’s about putting in the hard work. We really worked hard to get great results and you can see the fruits of our labor now. It’s all worth it. In 2015 we became U.S. citizens and we are so proud, ” said Cias-Hernandez.

As political refugees, Manuel and Ana were given an apartment for six months in central Phoenix.  Manuel worked in construction and Ana worked odd jobs. But the couple always kept their eye on the dream of opening Phoenix’s first Cuban restaurant. After five years of saving for his dream, Manuel finally made it happen. “I had to have two jobs. I worked from 5 a.m in the construction business. Then I’d come here to the restaurant from 4 to 10. It was hard for two years. No weekends just working. We opened this restaurant seven years ago,” said Cias-Hernandez,

“People said a Cuban restaurant here? People said okay let me try it. It was kind of slow.  We had to stay here for many hours waiting for the people. At that time we didn’t have money for commercials. So we had to rely on the quality of the food and word of mouth. We would tell customers to tell everyone that you ate here. To me, that’s the best advertising that you can have. We make fresh pastries here. The food is made in more of a Caribbean style. We don’t use a lot of spices or hot chili-like Mexican cuisine. A lot of my customers are Mexican and they love food. It’s really good so once people try it out they really like it,” said Cias-Hernandez.

You’ll love what’s on the menu! Side orders include Cuban classics like black beans and white rice, Papas fritas, Yuca con Mojo, Tostones and Moros Cristianos. Appetizers that you’ll love to include: Papas Rellenas, Croquetas de Jamon and Empanadas de Carne just to mention a few. The Cuban sandwich is always a favorite. Pan con Bistec will leave you satisfied. You’ll love the Pollo a la Plancha is grilled chicken marinated in garlic and Lemon topped with grilled onions.

The bakery has arguably the best flan in Arizona! They also have what’s called Tociniollo del Cielo, which is a vanilla cake topped with egg flan. If that’s not enough to satisfy your sweet tooth then you need to try the La Senorita-it’s a flaky pastry filled with layers of creamy custard. There are so many amazing things on the menu we’ll just let you check it out for yourself.

As for Manuel and Ana they continue to work to make their restaurant grow. He says when you try Cuban food you’re going to be a fan for life. “Once the people try it for the first time they love it. Because we do everything fresh. We try and do everything to bring customers in and make them happy,” said Cias-Hernandez.

Customers are definitely happy you opened the only Cuban restaurant in Phoenix! 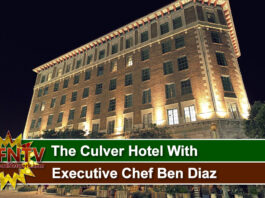 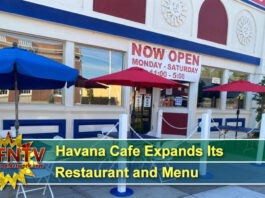 ABOUT US
Learn how to make great Hispanic food, watch new food videos, share recipes and check out our reviews for the best cookware to have in your kitchen.
Contact us: hfntvphoenix@gmail.com
FOLLOW US
© 2022 Hispanic Food Network All Rights Reserved | Web Design by A Working Website